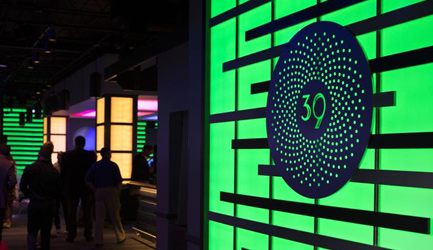 Lose yourself to the music, live the high life, and experience the extraordinary at 3NINE, Orlando’s premier event entertainment venue. Located in the Rosen Plaza Hotel on famous International Drive in Orlando, Florida, we look forward to becoming an immediate Orlando staple for both locals and travelers of the world. What sets 3NINE apart from other entertainment venues is our chef-inspired menu, high energy and enticing atmosphere, and the two full-service bars we offer both inside and out on our poolside patio.

3NINE was created in honor of Harry Rosenufsky, hotelier Harris Rosen’s grandfather. Harry migrated to the United States in search of making his dreams come true. Little did Harry know that the journey he set forth on would still be carried on today by his grandson Harris Rosen.

When Harry Rosenufsky left Eastern Europe some years before the onset of WWI he came to Ellis Island with dreams of making a better life for himself and his family. He shortened his name to Harry Rosen and began his quest for the American Dream. He entered the restaurant industry and eventually had earned enough money to rent a small storefront, which he operated as his own little restaurant. Soon after he sent for his wife Cecilia and their four sons. In 1914 their first American-born son, Jack, entered the world. Jack grew up a very hard worker, taking after his father. As a young man he toured the U.S. on money he made from selling his original caricatures of people he had met in the places he visited. He later settled back down in New York to work in the Waldorf Astoria where he met many famous people, which allowed his hobby as a caricaturist to flourish. In 1939 he and his wife Lena, or “Red” as she was nicknamed for her bright red hair, had their first son Harris Rosen. It is said that Jack’s dream for his son was to one day become a successful IBM typewriter salesman—anything more would have been a fantasy. Today Harris Rosen owns and operates the largest independent chain of hotels in central Florida, a fact that if his father were around to see, would probably be regarded as fantasy becoming reality.

Inside the Rosen Plaza on International Drive. Big dance floor and fun crowd. Our server, Cindy, was as nice as can be. She was a sweetheart and very knowledgeable. Will go back there very often. Great entertainment and romantic atmosphere. Nice bar menu also.

This website uses cookies to improve your experience while you navigate through the website. Out of these, the cookies that are categorized as necessary are stored on your browser as they are essential for the working of basic functionalities of the website. We also use third-party cookies that help us analyze and understand how you use this website. These cookies will be stored in your browser only with your consent. You also have the option to opt-out of these cookies. But opting out of some of these cookies may affect your browsing experience.
Necessary Always Enabled
Necessary cookies are absolutely essential for the website to function properly. This category only includes cookies that ensures basic functionalities and security features of the website. These cookies do not store any personal information.
Non-necessary
Any cookies that may not be particularly necessary for the website to function and is used specifically to collect user personal data via analytics, ads, other embedded contents are termed as non-necessary cookies. It is mandatory to procure user consent prior to running these cookies on your website.
SAVE & ACCEPT
Accessibility
cancel accessibility
Provided by: